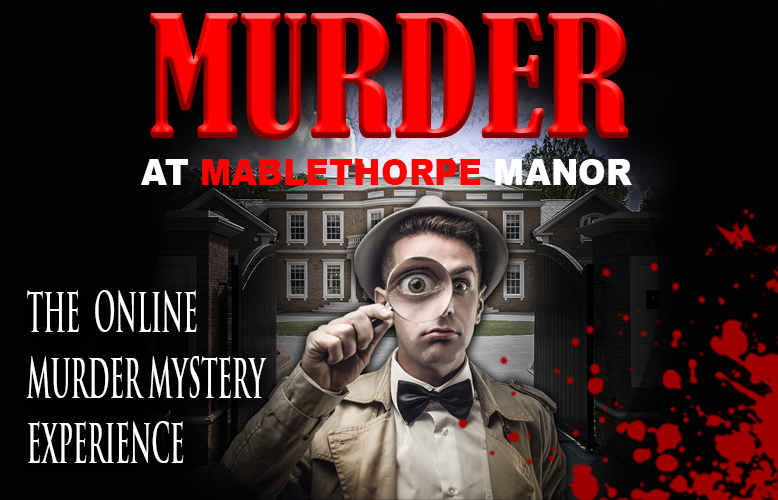 A professional cricket club, “The London Locusts” arrived at The Mablethorpe Manor Hotel earlier this afternoon as part of this season’s cricket fixtures. The rowdy cricket squad meet up at the hotel bar and are served by the characterful staff members. The celebration is spoiled when Bernard Reed, the Hotel Manager, is found drowned with his head in a bowl of punch. He had been holding a diamond necklace for a family member—is that why he was murdered? Or was it a guest who wanted the necklace for themselves? Or did someone kill Bernard by mistake, intending to get his lookalike cousin, the cricket club Manager, Duncan Hope? Whodunnit? The police have been called to investigate the crime and have put their lead detective Shaun Fitzgerald of the Homicide Division in charge. Detective Fitzgerald has locked down the hotel, so no one can enter or leave, and has already whittled the suspects down to 4 people. With the hotel lockdown in play, it means the murderer is still in the building. To ensure the safety of everyone inside, the detective has brought in a team of highly trained private investigators (YOU) to help interrogate the suspects, examine the evidence, sift through the lies and help solve the mystery, in case the murderer strikes again.

[Note: This event will be held on zoom. Attendee will get zoom meeting URL through email]

We use cookies on our website to give you the most relevant experience by remembering your preferences and repeat visits. By clicking “Accept All”, you consent to the use of ALL the cookies. However, you may visit "Cookie Settings" to provide a controlled consent.
Cookie SettingsAccept All
Manage consent

This website uses cookies to improve your experience while you navigate through the website. Out of these, the cookies that are categorized as necessary are stored on your browser as they are essential for the working of basic functionalities of the website. We also use third-party cookies that help us analyze and understand how you use this website. These cookies will be stored in your browser only with your consent. You also have the option to opt-out of these cookies. But opting out of some of these cookies may affect your browsing experience.
Necessary Always Enabled
Necessary cookies are absolutely essential for the website to function properly. This category only includes cookies that ensures basic functionalities and security features of the website. These cookies do not store any personal information.
Non-necessary
Any cookies that may not be particularly necessary for the website to function and is used specifically to collect user personal data via analytics, ads, other embedded contents are termed as non-necessary cookies. It is mandatory to procure user consent prior to running these cookies on your website.
SAVE & ACCEPT